I wrote this yesterday.

Last day of November. It’s storming outside, the wind is bouncing between the block of flats I live in and the one of the other side of the rail road tracks. It’s hitting windows and scraping tree branches along the walls. Sometimes a train rushes past. I hardly hear them anymore and only notice if it’s a big freight train screaming and whooshing.

London is still grey and it’s getting colder. I’ve spent the day transcribing an interview. I don’t often record the interviews I do anymore, but I’m glad I had this one on tape. There are good quotes that will only work verbatim.

December is falling into place and it makes me happy. I’ve started scheduling things and it’s a relief to know what will happen when instead of staring down a huge pile of stuff that just has to be done at some point. I think the most stressful part of being a journalist is the period before a story comes together, before I’ve started booking the interviews, when everything is still an idea. As soon as I know who I’m going to speak to and when I start relaxing, then I know it’s possible.

I’m starting to realise it’s the same with creative writing. I’ve come up with a new system. I need to know exactly what happens, from every characters’ point of view, throughout the whole book. The more I know the more precise I can be when I’m telling the story. In my previous attempts at writing creatively I’ve always been rushing, trying to get the story out as quickly as possible, because otherwise I fear I might lose it somewhere along the way (and I often do lose it somewhere along the way). But if I instead write it out quickly, in a not very coherent fashion, using plenty of clichés and a multitude of other literary sins, it already exists and all I need to do is slowly, carefully craft it into something that sounds good. Now that I’ve realised this one thing putting a book together seems more possible too.

About two years ago I was sitting on the sofa in our living room on a Sunday. I remember the afternoon quite clearly. It was a grey late summer’s day, I was a bit bored, thinking about different ideas for stories when suddenly an idea for a full length novel popped into my head. I was a bit taken aback, reached for a pen and paper and quickly scribbled down my thoughts. I’ve since lost that piece of paper, but the story kept growing inside my head. I got to know the characters. I spent days with them. And slowly, during the last year and a half a manuscript took shape.

Today printed it out and sent it off to the publisher.

I don’t know where this manuscript will take me. I don’t know if more than a handful of people will read it. But I’m happy to have sent it away. I feel I owe it to the characters. They’ve lived inside me for so long. Hopefully they’ll get an opportunity to play out their story for other people as well.

Writing this book has been a real journey, both emotionally and professionally. The working title for this project was Rädslan, Hoppet och Gåvorna (which means the fear, the hope and the gifts). It’s not a very good title, I know, but the emotion behind those words kept pushing me through the writing process. Something inside me told me I had to finish this manuscript. I needed to finish this book.

I feel lighter now. It’s in the post. It’s out of my hands, for now. 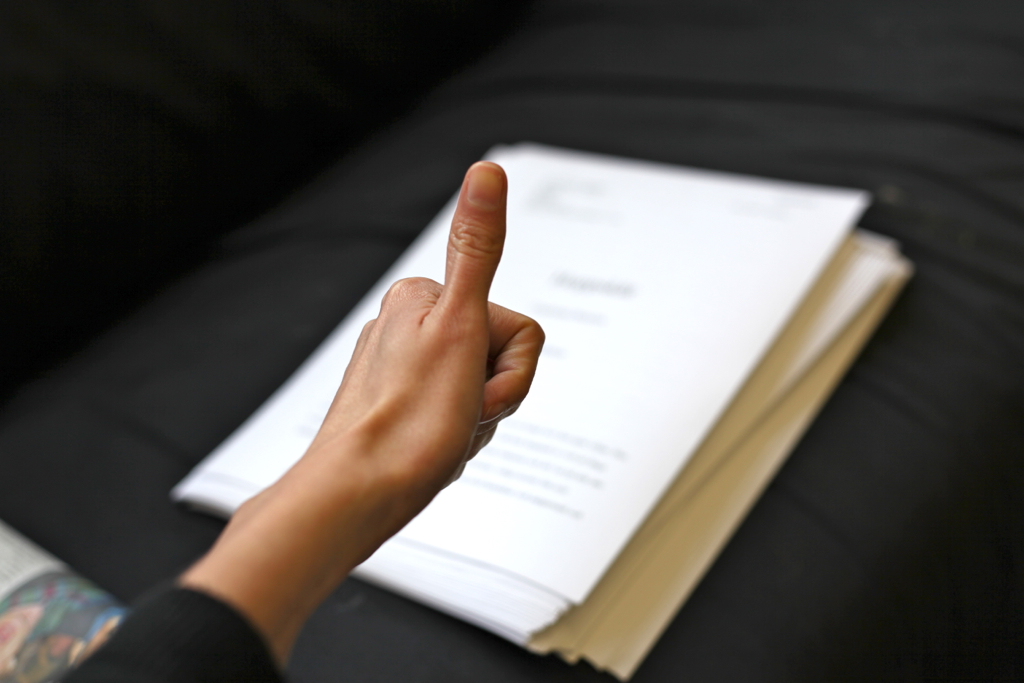 Remember this? I do. Last November I went off to a writing retreat in Devon and wrote around 15 000 words on a mystery story. Since then the manuscript has matured into around 80 000 words and transformed into a sullen and confused teenager, possibly one that likes dressing in dark clothing, smoking and listening to The Cure. My manuscript doesn’t like itself very much at the moment. But I’m going to try my best to smother it with positive reinforcement, some heavy-handed editing and maybe one day it’ll be a well adjusted adult.

Yes, I might have taken that metaphor slightly too far. What I’m trying to say is that this weekend I’m off to another writing retreat in Devon. What I really want to do is write speculative short stories set in outer space, but I think I’m just trying to distract myself from dealing with a certain annoying teenager.